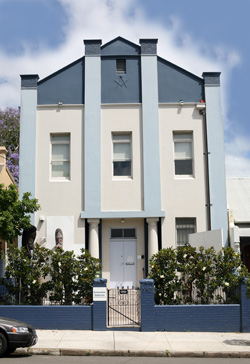 Directors Bill and Anne Gregory opened Annandale Galleries in 1991 in a converted Masonic Hall. The large space that the Galleries provide stem from the building’s initial construction as a Methodist church.

Through varying styles and contexts the aim of Annandale Galleries is to show the best of Australian and international contemporary art. Recent exhibitions have included a range of  artists recognised and revered the world over.

The Galleries have won particular acclaim and built a prominent reputation through showing the work of leading Aboriginal artists. Annandale Galleries represents Indigenous communities in Maningrida and Yirrkala, both in North East Arnhem Land, with regular exhibitions of barks and various free standing sculpture. The gallery also specialises in European modern masters such as Picasso, Matisse, Miro and Chagall.

Annandale Galleries is the Australian representative of such prominent artists as William Kentridge and Zadok Ben-David.

Bill Gregory is the ex-national president of the Australian Commercial Galleries Association (ACGA), a position he held for five years.