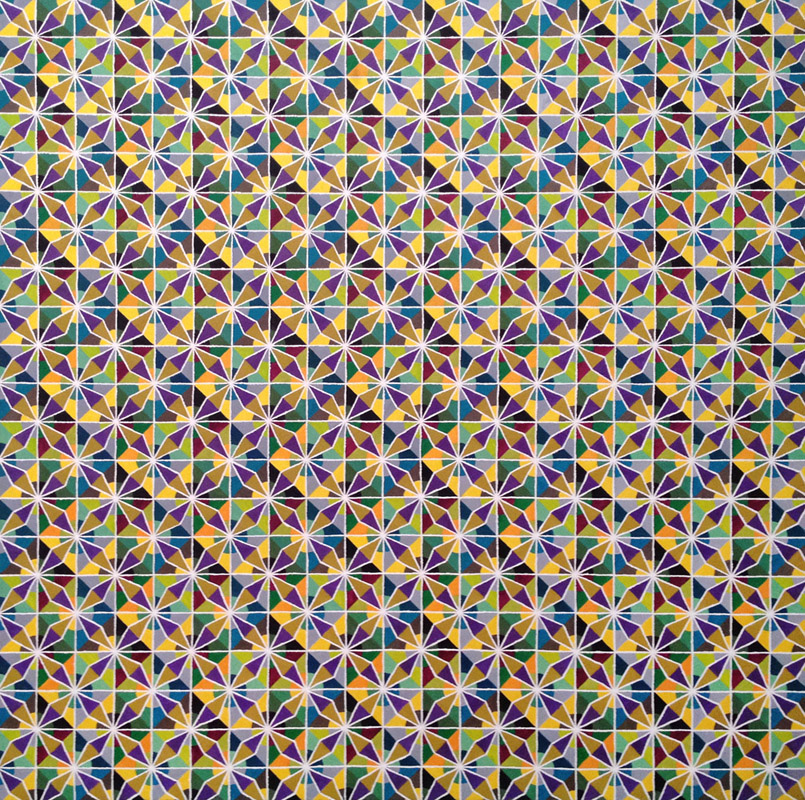 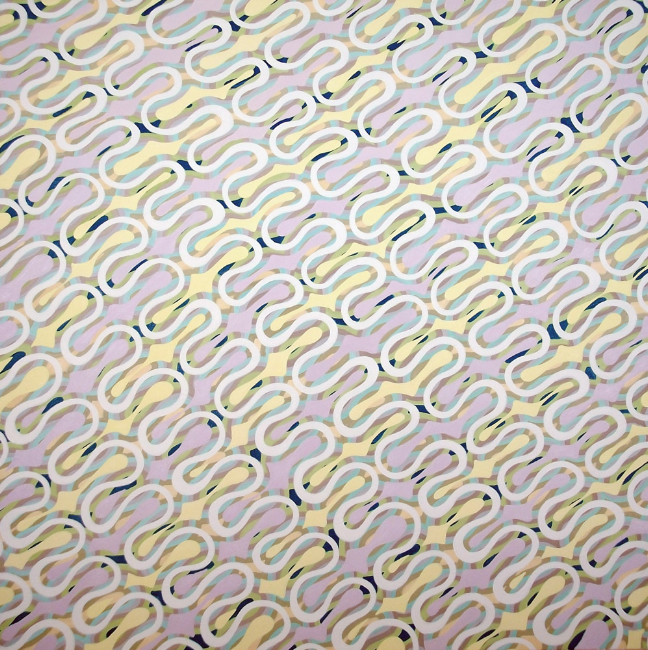 CATHY BLANCHFLOWER The dazzling opulent art that is the work of Cathy Blanchflower make her one of the most exciting painters of her generation in Australia today. Her painting is primarily about communicating and sharing feeling, rather than concepts or ideas, and the response one gets from her work is one of an adopted experience as opposed to an intellectual position. Her painting is very much about reflection.

Influences include the Op Art of Bridget Riley and Victor Vasarely in the 1960s, as well as Islamic design and ceramics, and quite naturally the work of her father Brian Blanchflower, and his close friend Bob Brighton.

The overall sensation of her painting is one of depth, although her surfaces are flat and appear to shimmer and float. Despite the complex layering of her work, the paintings are deceptively simple. We are reminded of the act of seeing, as one cannot look continuously without the picture mutating, thus repeated looks, and memory, are required to complete the whole.

Cathy Blanchflower was born in 1971 in Brighton, England and migrated to Australia in 1972. She has had nearly a dozen solo exhibitions since 1995 and has participated in numerous group shows. Her work hangs in major national and international collections, including the Art Gallery of Western Australia and the National Gallery of Australia. 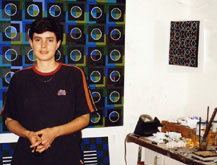