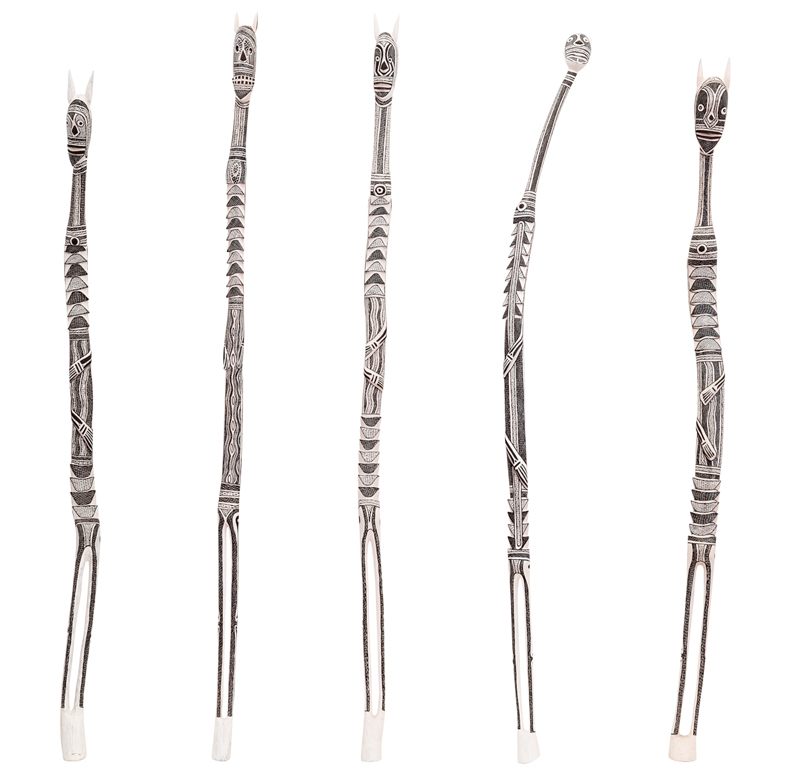 This artist is the eldest son of 1997 Telstra National Aboriginal and Islander Art Award Overall First Prize
winner, the late Ya\garriny Wunu\murra. He has been trained in the school of this old man (who was
the first Aboriginal artist to have his copyright recognised in an Australian court) from an early age at first assisting his father and then, as his own spiritual authority increased, in his own right.

The critic Giles Autey has twice praised Nawurapu?s entries to the Telstra National Aboriginal and
Islander Art Award in years 1995 and 1997 but he did not win any award. His 2006 entry to this
competition was purchased by the Museum and Art Gallery of the NT who hold the awards.

His father was one of the senior Yirritja moiety elders. Since his passing, Nawurapu has stepped into
this senior role with his brothers. With his ceremonial responsibilities he is required to move between the homeland centres of the Miwatj region, North East Arnhem land and even beyond into Central Arnhem land. He has lived at Yirrkala, Gurrumurru, Gangan, Gapuwiak and Wandawuy in recent years.
After involvement in all the major group projects stemming from Yirrkala in the 1990's his first solo show was at Sydney's GrantPirrie Gallery in 2004.

His sculptural work made a big impact at Bitpit exhibition at Raft artspace in 2008. A set of his mokuy
were purchased by the Queensland Art Gallery.

He was included in the major contemporary survey show Optimism at The Gallery of Modern Art in 2008
and exhibited at the 3rd Moscow Biennale in 2009.

In 2010 he won the inaugural New Media prize with a set of film illuminated Mokuy carvings at the 27th National Aboriginal and Torres Strait Islander Art Awards. His bronzes now installed in the heart of
Darwin?s Waterfront by the NT Government. 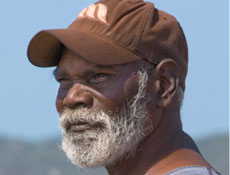