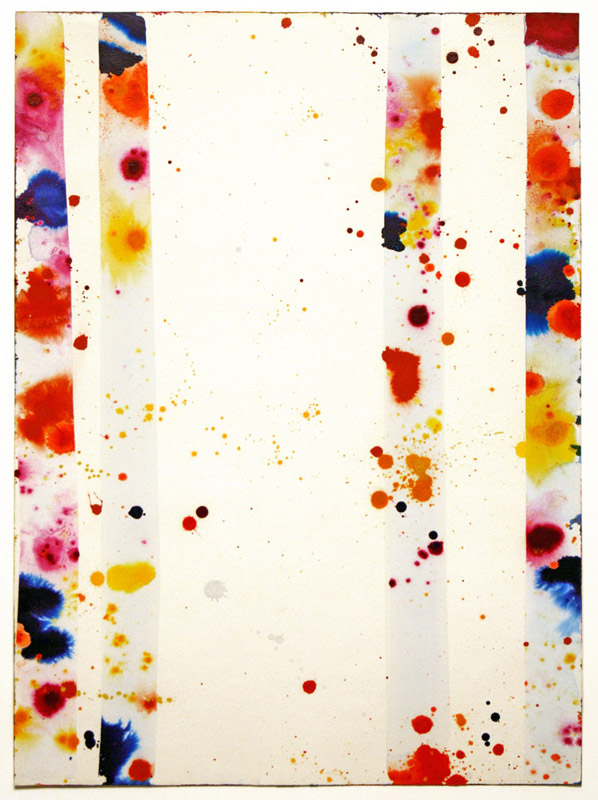 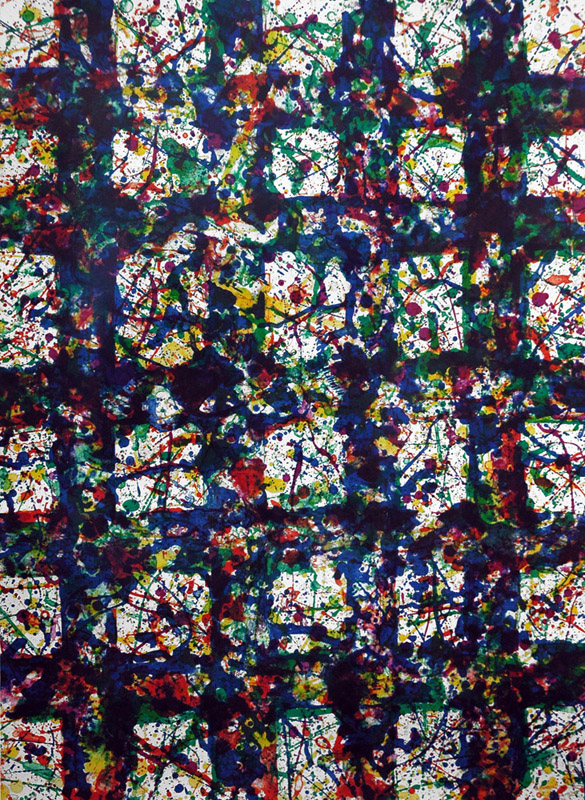 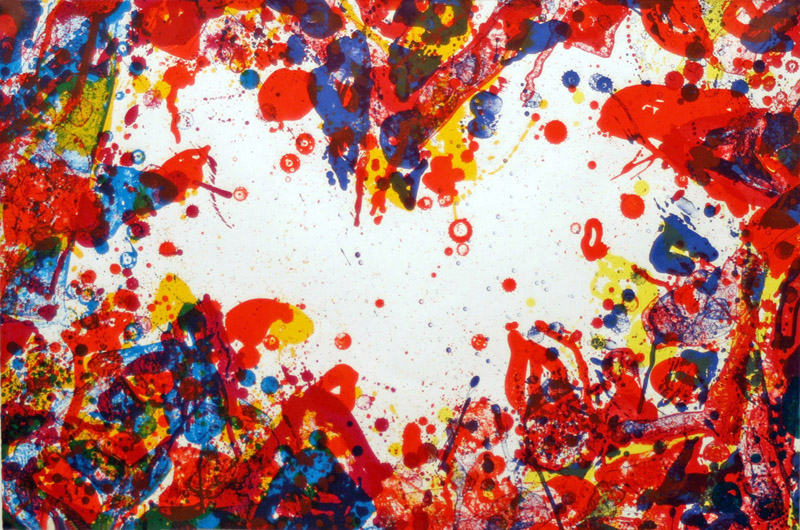 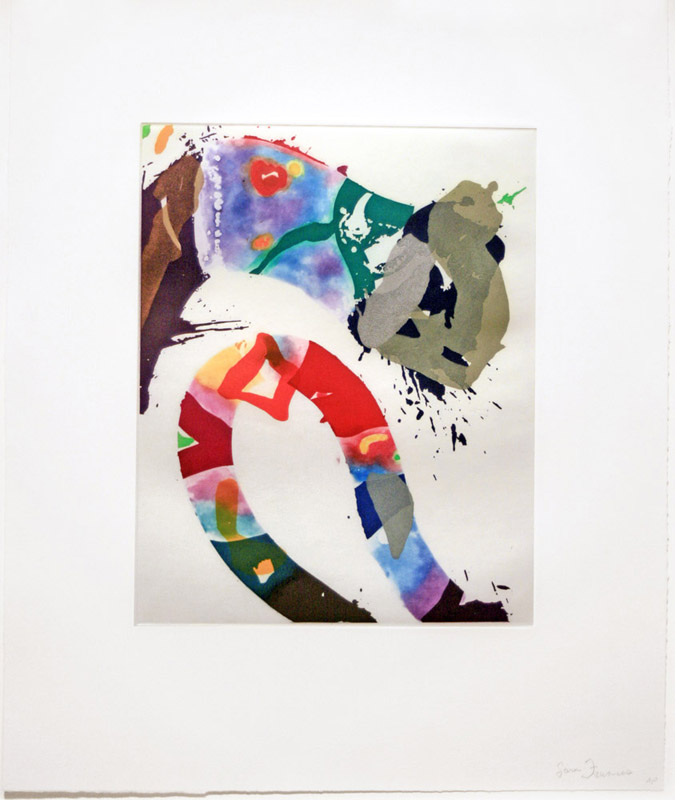 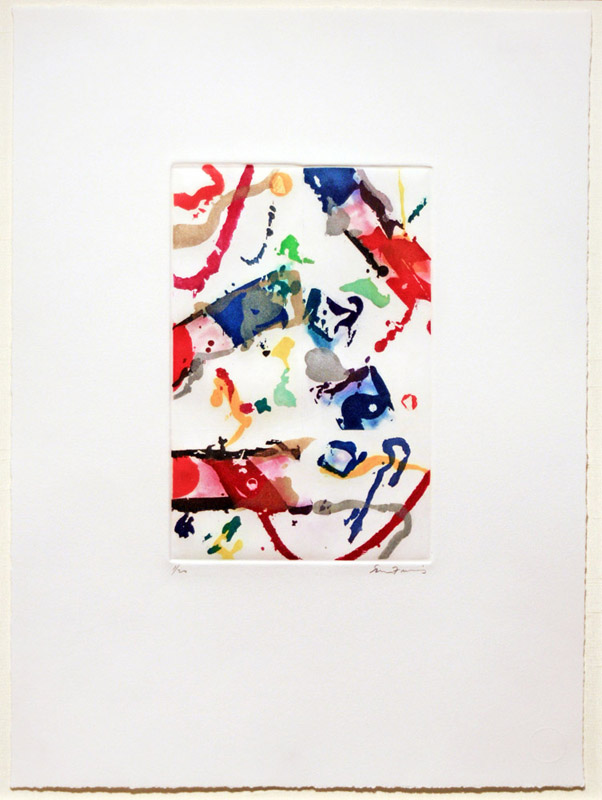 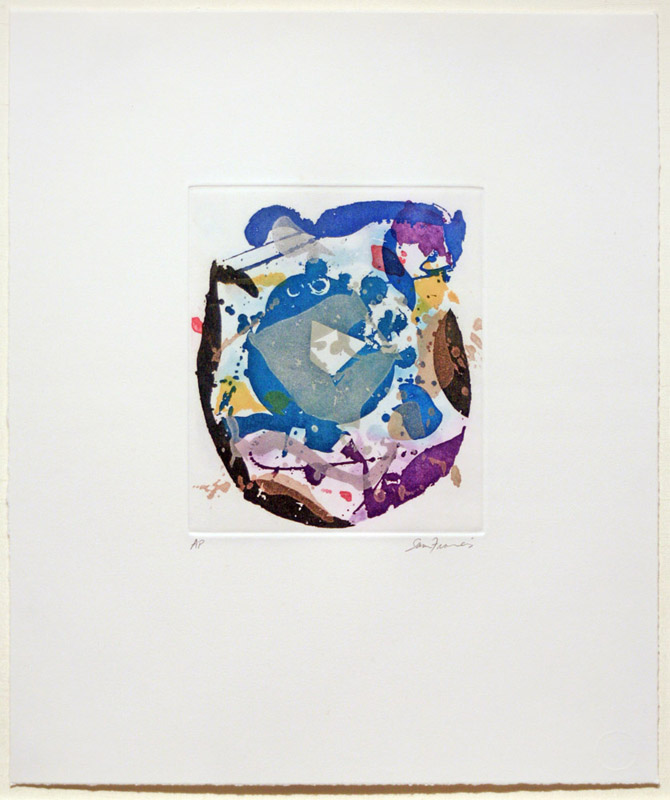 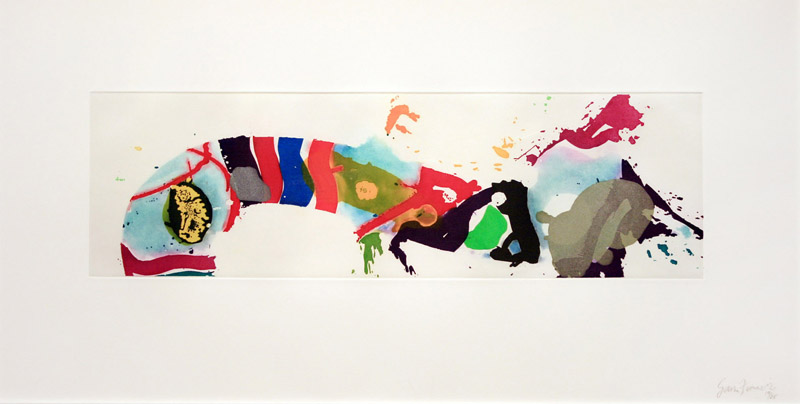 American painter and printmaker, Sam Francis, born in 1923 in San Mateo, California, is renowned for his California Abstract Expressionist work.  His career as an artist started following an accident leading to spinal tuberculosis while serving in the US Army Air Corps. Francis started to paint for distraction in 1944, studying privately under David Park in 1947. He subsequently relinquished his earlier medical and psychology studies in favour of painting, completing his BA (1949) and MA (1950) at the University of California at Berkeley.  During this period Francis experimented with different styles of painting, notably Surrealism and Abstract Expressionism.

In particular, Francis was influenced by the Abstract Expressionist works of Mark Rothko, Jackson Pollock, and Clyfford Still. Francis soon emerged with his own unique styles of painting in the late 1940s.  During the late 1950s, he travelled to Japan and his later works seem to be influenced by Oriental art with thin paint texture and large void spaces.  The saturated fields of colour reveal the influence of the contemplative quality of Japanese art.  The increasing simplicity of his latter works resembled Minimal Art.

Primarily interested in transforming different sensations of light onto canvas, Francis was drawn by the light of California, where he lived and worked, as well as Monet’s Waterlilies series.  Dripping, corpuscular shapes painted in fluid are typical elements, which circulate freely around his canvas, indicating what was to become a perennial concern with ‘ceaseless instability.’  With his sensitivity to sensuous colour and light, Francis showed very different concerns from the expressive iconography and energy of many of the Abstract Expressionists.

Despite the apparent spontaneity of his compositions, Francis was highly methodical and rigorous.  In his later work he pushed out the abstract forms to the edges of the composition, leaving large empty spaces, again in accordance with the Oriental notion of negative space.

Although, Francis is more renowned for his paintings, he was also an accomplished printmaker and sculptor.  The work of Sam Francis is held in the permanent collection of every encyclopedic modern art museum in the world. Sam Francis’s works have been exhibited internationally for over fifty years.  He is represented in numerous public and private collections throughout the United States, Europe, and Japan.

On November 4, 1994 Sam Francis passed away in Santa Monica, California. 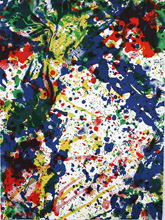