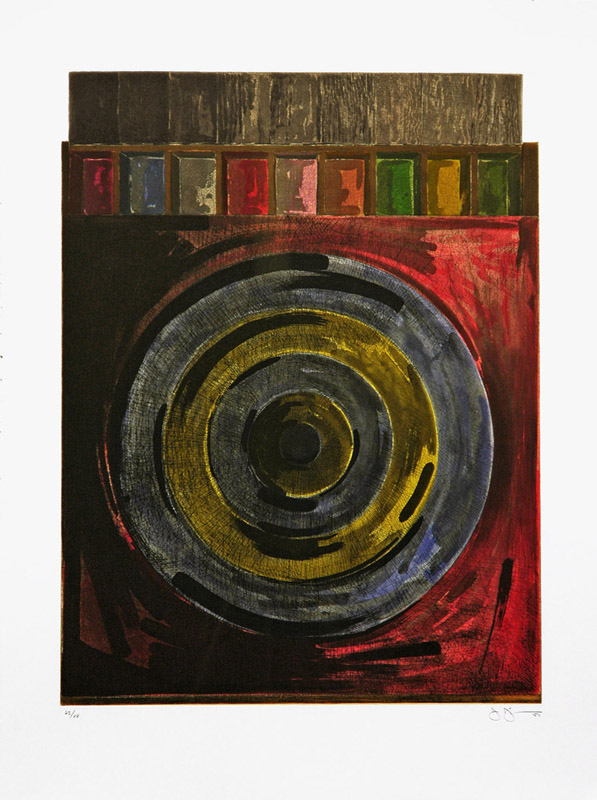 JASPER JOHNS (b. 1930)
Jasper Johns became one of America’s best-known post-Abstract Expressionists and Minimalists.  His name is most associated with pictorial images of targets, flags and numbers - Pop-Art subjects that he depicted in Minimalist style with emphasis on linearity, repetition, and symmetry.  Johns completed his first flag painting in 1955, worked with his iconic alphabet subjects in 1956, and finally moved on to lithographs in 1960.  Unlike Abstract Expressionism, these signature works seem removed from the artist’s emotions.  They are modernist in that they lack traditional perspective, focusing on the interrelationships of color and shapes, but are realist in that they have a recognizable subject matter.  In 1988, he was awarded the Grand Prix at the Venice Biennale.  In 1997, a major retrospective of 225 of Johns’ works was held in New York at the Museum of Modern Art.