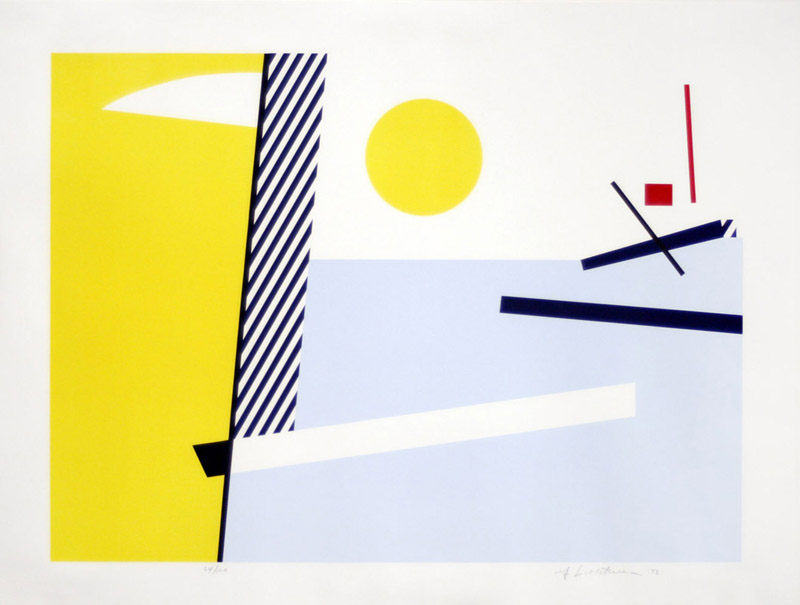 ROY LICHTENSTEIN (1923 - 1997)
Lichtenstein is considered to be the greatest artist of the Pop Art movement after Warhol.  The use of familiar subjects like comic strips, bank notes and advertising themes makes Lichtenstein’s work easily accessible and quintessentially “Pop.”  As a central figure in the Pop Art movement of the 1960s, Lichtenstein sought an anonymous style, removing all personal reference from his work to convey the appearance of mass production.  Lichtenstein’s unconventional paintings, regarded by many as beyond the bounds of fine art during the 1960s, are now considered icons of the Pop Art movement and have secured his place in art history.  Lichtenstein retrospectives have been held at the Tate Gallery in London, the Solomon R. Guggenheim Museum in New York and the Stedelijk Museum in Amsterdam.