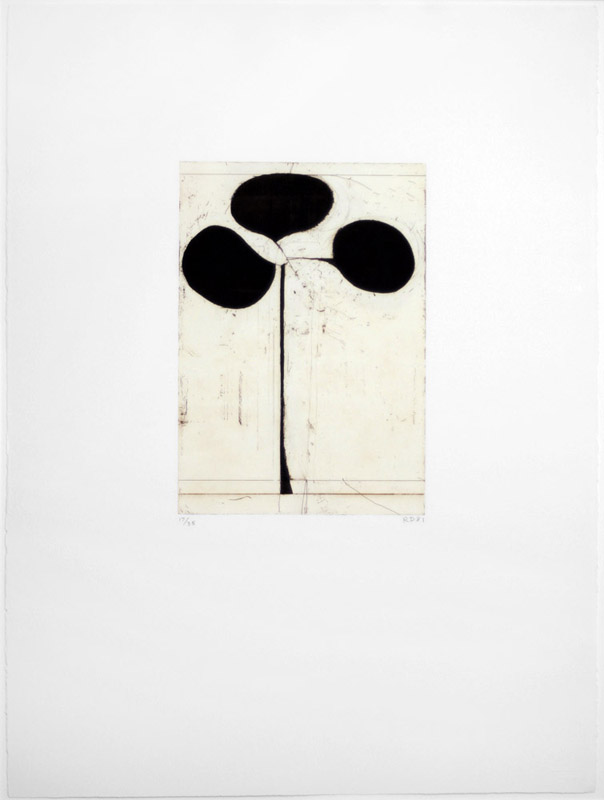 RICHARD DIEBENKORN (1922 - 1993)
Born in Portland, Oregon and credited Edward Hopper, Paul Cezanne and Arshile Gorky as major influences on his painting.  In the mid-1960s, Diebenkorn settled in Santa Monica, CA.  Around this time, he turned away from imagery and focused purely on the abstract, creating his famous Ocean Park series.  These paintings are geometric abstractions of line and space.  The influence of California - it’s light and color, as well as coastal allusions to sky, ocean, seaside and sun - can be seen throughout the series.  Diebenkorn was the U.S. representative at the Venice Biennale in 1978.  In 1992, the Whitechapel Art Gallery in London organized a major Diebenkorn travelling retrospective.