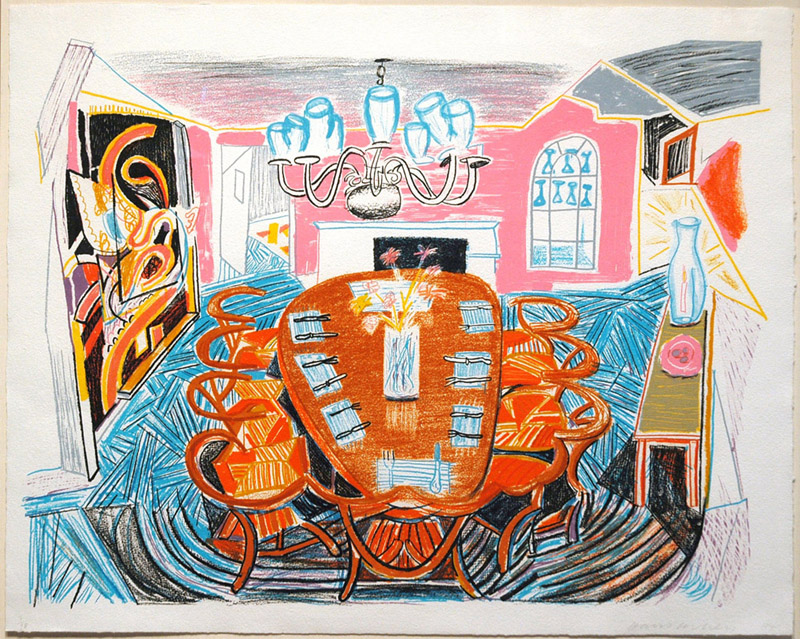 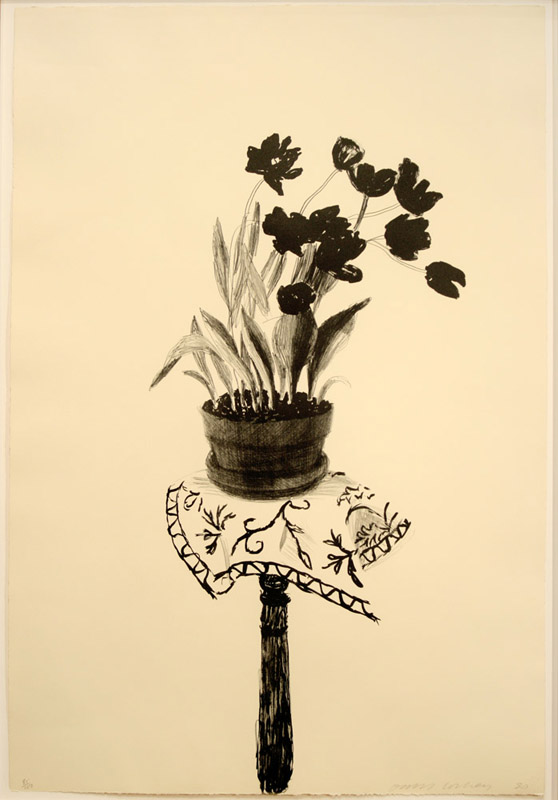 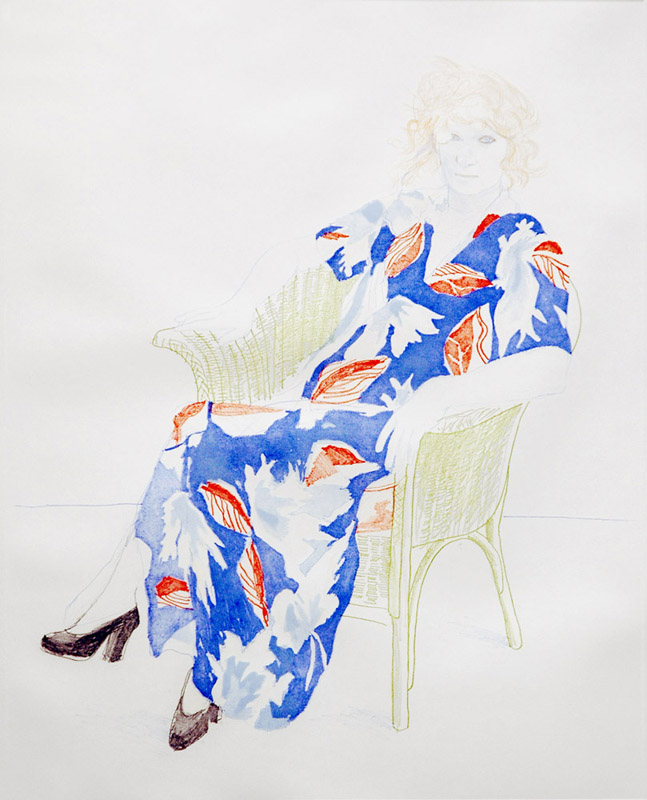 DAVID HOCKNEY (b.1937)
One of the most widely acclaimed of all living artists, Hockney’s popularity is based on the enormous, continuing appeal of his pictures and the popular perception of him as a colorful extrovert.  He first came to public prominence in the early sixties as a post-graduate student of painting at the Royal College of Art in London.  In 1964, Hockney moved to Los Angeles.  In that year a swimming pool first appeared in the seminal painting, The California Collector, and Hockney continued to paint the subject passionately. Hockney’s originality as a printmaker was apparent by the time he produced A Rake’s Progress, a series of 16 etchings of William Hogarth’s visual narrative.  His large body of graphic work, concentrating on etching and lithography, in itself assured him an important place in modern British art.